'Kaha'
Translates strong. The works in this series related to the nation of Israel crossing the Red Sea. They were like aerial views over the water with the nation of Israel going through the centre. In this work -maybe the nation is going through the water, and on the other half maybe there are ideas to do with baptism -looking up through the water. The works in this series operate on a number of different levels. They can be seen to do with redemption or they can be a metaphor for journey. Journey is something that is at the heart of the Canterbury mindset as we leave behind the devastation to do with the earthquake and move toward a promised land.

Born 1970 Lives and works in Christchurch
Darryn George is of Ngapuhi descent. His paintings are represented in important private and public collections throughout New Zealand and overseas. He has completed numerous large-scale works including ‘The Large Glass’ for Deutsche Bank, ‘Pulse’ at the Christchurch Art Gallery, ‘The Lambs Book of Life’ for the Scape Biennial 2011 and ‘Whakapai’ for Connells Bay Sculpture Park. Darryn’s installation ‘Folder Room’ was included in the Venice Biennale 2017. 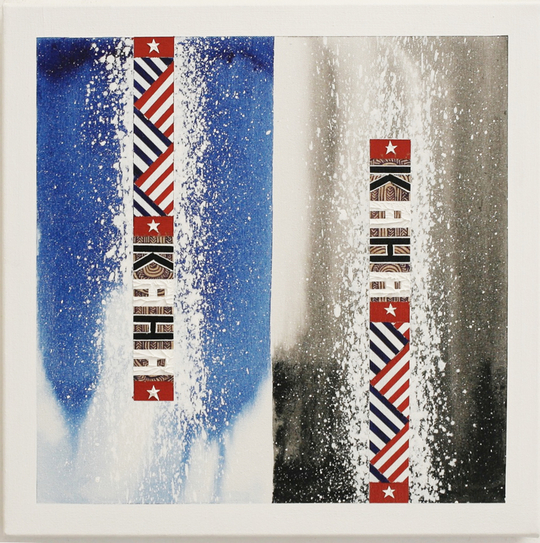